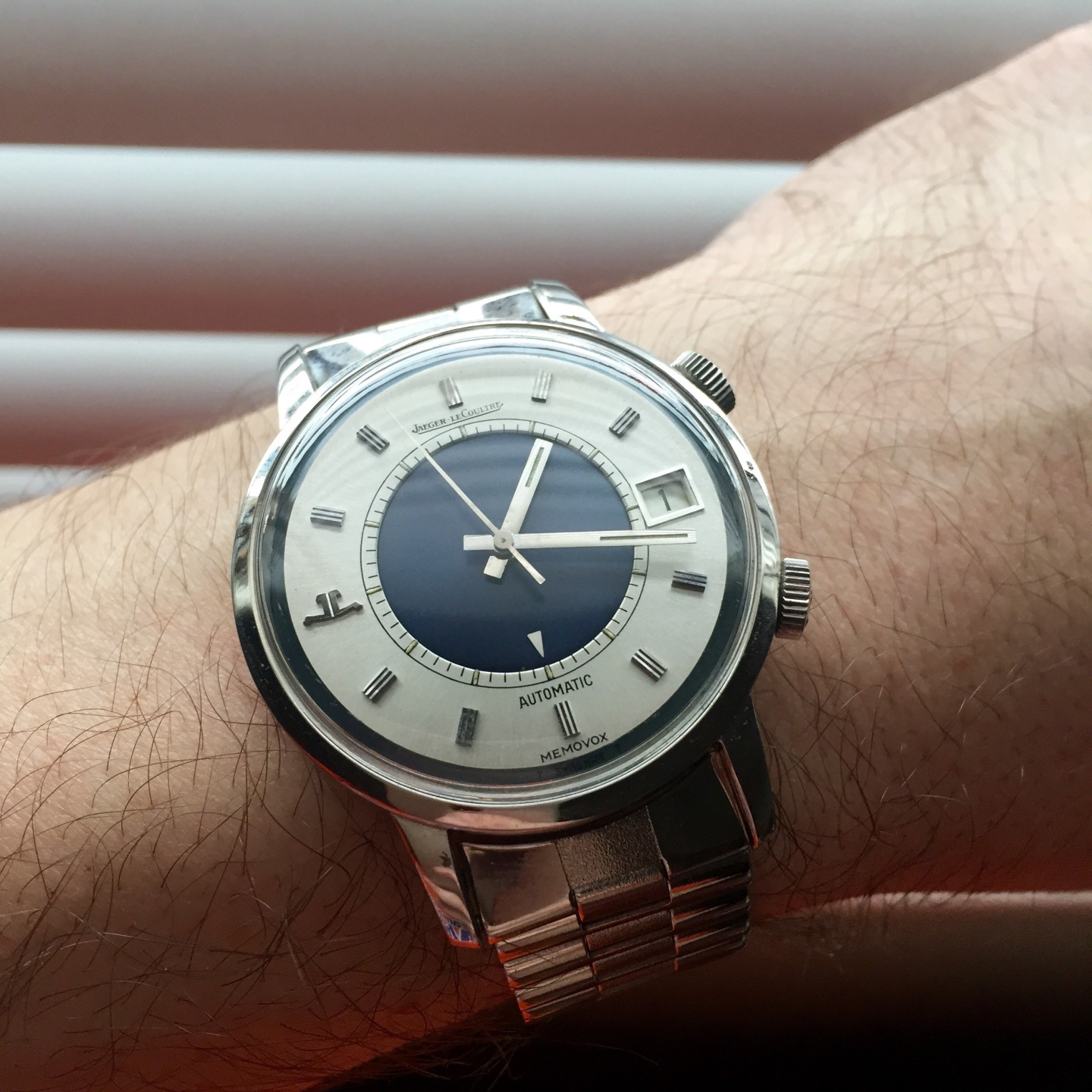 I’ll start this off by saying that I had no plans to buy this watch. I already have a 70s memovox that I’m happy with. Oh well. 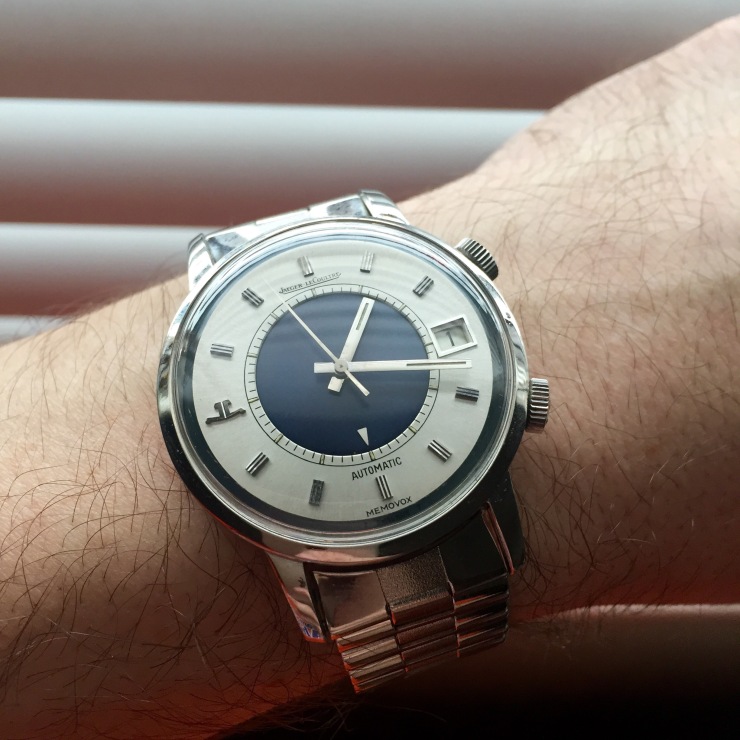 What we have here is a JLC memovox, reference E875. As per Zaf Basha’s JLC guide, 7,331 of these were made from 1972 – 1981. Since the caseback is screwed on, it is considered a water resistant case. That’s sort of funny, because these models tend to have at least some dial/hand oxidation/corrosion from moisture entry. The movement caliber is 916 (“speedbeat”), which is an upgraded caliber 825 bumper movement. Key features are a 360 degree rotating rotor, increased frequency to 28,800 bph and an alarm hammer that is now located beneath the rotor. Compared to my (unserviced) cal 825, the alarm buzz is a little bit more quiet. The date is non quick set, so I won’t be bothering with that.

*Movement manufacturing dates – some were still being used after production stopped.

The 18mm bracelet is made by NSA and signed JLC. While it looks and feels great, the end link tolerance is pretty poor. I happen to like that quaint look, but your mileage may vary.
The crowns are signed and the crystal appears to be acrylic. Based on my research, these came in off white with off white alarm disk/ off white with blue alarm disk/ blue with blue alarm disk.
The blue has a tendency to discolor to brown –>
http://home.watchprosite.com/show-forumpost/fi-17/pi-5947648/ti-873083/t-horological-meandering-jlc-e875/

Not quite chocolate, but still…

Last bit, it’s a bit awkward to use the alarm in public. It’s fairly loud and people will stare. I would imagine that setting it off on a plane or airport might not be a good idea :).